Being Transgender in the Workplace 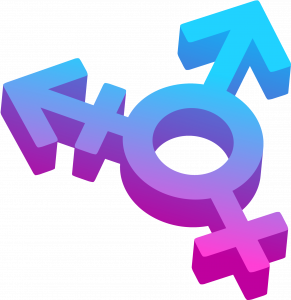 My name is Christina Riley. My pronouns are she, her and hers and it has been 30 years since my graduation in construction management. I am a Transgender Woman working in the construction industry. For 22 of those years, I worked in project management in my male gender. I was Chris back then. Over the years that followed my graduation, I came to realise that my gender identity was different to that, I was assigned at birth. In other words, I was born a boy in terms of my sex, but as time went by, I realised my gender expression, and gender identity didn’t match the person that people perceived me to be. Inside I felt Christina was the real me.

Over time I developed chronic anxiety from hiding my authenticity both at home and in the workplace. This manifested itself in the form of panic disorder, where my heart would spontaneously race during the day and in my sleep. I would also have crushing palpitations in my chest.  After 10 years of chronic anxiety, I thought I would never recover.

But then two things happened. The first was a particularly bad episode of palpitations and I realised I had to tell someone of my gender dysphoria. I eventually told my GP in a letter and was referred to for talking therapy. At the first appointment, I broke down and cried as I told the therapist of my gender identity crisis.  Over the following 6 sessions, I came to accept who I really was, and in this final acceptance, I cured the 10 years of panic attacks that had taken my happiness for so long.

Seven years ago, while working at Balfour Beatty, I had started my new job wondering if this would be the place I could transition to female while keeping my job. It felt impossible. Their diversity and inclusion plan still had a long way to go on supporting people like me.

But one day, I walked into my office and looked at the TV screen in reception. On the screen in front of me, they were advertising the launch of their LGBT network.

From that moment, the penny dropped, and I saw a way for me to come out as Christina in the workplace.  I attended the meeting in a different office, and at the end of the meeting  I came out as transgender to the HR Director.

My director was really surprised that someone wanted to come out to the meeting. I don’t think she expected it. But the meeting did create a safe space for me to be quite open about my gender identity and my plan to transition. The rest is history. MY HR Director went on to tell my Managing Director with my consent, and we put in place a plan for me to leave work one day. Take a short holiday, and return two weeks later as Christina.

Some events happened in those two weeks. The 200 plus colleagues were informed of my transition. And I took some time to prepare myself. My first day back to work as Christina was extremely daunting. It was hard enough just getting out of the car, let alone walking through the doors, and using the lift. But my fears soon disappeared as I was welcomed back into the office.

Those first few weeks were special. As I felt my identity was truly embraced. I now know that coming out was the best thing that I could have done for my happiness and my productivity in the workplace.

Seven years on I have an understanding of being female and an older female in the Construction industry! The hurdles for women in construction feel just as challenging as they have always been. I still sit in meeting rooms with 20 men, as the only woman. Having to find my voice and be heard is still something that I have to rise to. We have made some progress in recent years though, while onsite female construction operatives remain around 3% of the workforce, we are seeing more women in site manager positions. The catch though is keeping us in the industry because the culture is not always welcoming, nor enabling a sense of belonging. Being an older female in the industry can often mean that some opportunities are given to someone with more of a career ahead of them.

Diversity and Inclusion is an uphill battle for women, but the Covid 19 pandemic has led to some improvements, with the majority of people still working from home, raising greater awareness of the importance of agile working. This applies to both genders, young and old, those at the top of their careers, and those who are just beginning.

So there is some hope